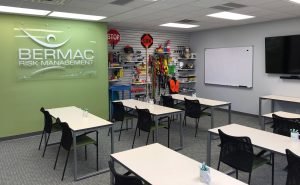 Miami-Dade County is a county in the southeastern part of the U.S. state of Florida. It is the southeasternmost county on the U.S. mainland. According to a 2018 census report, the county had a population of 2,761,581, making it the most populous county in Florida and the seventh-most populous county in the United States. It is also Florida’s third largest county in terms of land area, with 1,946 square miles (5,040 km2). The county seat is Miami, the principal city in South Florida.

Miami-Dade County is one of the three counties in South Florida that make up the Miami metropolitan area, which was home to an estimated 6,198,782 people in 2018.

The county is home to 34 incorporated cities and many unincorporated areas. The northern, central and eastern portions of the county are heavily urbanized with many high-rise buildings along the coastline, including South Florida’s central business district, Downtown Miami. Southern Miami-Dade County includes the Redland and Homestead areas, which make up the agricultural economy of the region. Agricultural Redland makes up roughly one third of Miami-Dade County’s inhabited land area, and is sparsely populated, a stark contrast to the densely populated, urban northern portion of the county.